skip to main | skip to sidebar

I found something tonight that brought back a flood of memories from my past. When I was 21 I went down to California in my parents motor home. In San Francisco I met and photographed a man playing trumpet on the streets of Chinatown, his name was Dupree Bolton. Over time we became friends of a sort, I remember how skinny and wasted away he was, when we met he was around 56 but looked to be 70. He used to played "Misty" for the dimes and quarters he got from tourists. I would hear it over and over again. I asked him why, he told me he played it because the tourists liked it and he could make more money.

Dupree was a talented jazz trumpet player but also a heroin addict, his addiction dominated his personality,  feeding that addiction was the most important part of his day. He still played music for himself thou, I remember one time sleeping or trying to sleep as he and a piano player did an impromptu session where I was staying. They played for over 1 hour, gosh I wish I had taped it. After words he asked me how I liked it, I had been the only audience. Even thou the drug use ruled his life he was always a decent and kind person to me, never asking me for money and always treating me with respect. He liked the fact I came from Canada and was not American. I guess being a Canadian white guy made me less racist in his mind.

Dupree introduced me to another man Sonny Land (ex prize fighter) who became my very close friend. Sonny showed me his life in West Oakland, a ghetto area. It was a all quite a shock for a naive, young, white boy from Edmonton Canada. I was completely out of my element but felt safe with the men I met there, my friends, ironically most of them had spent time in San Quentin prison, including Sonny and Dupree.

I spent lots of time with Dupree and Sonny that first trip to California. During my second trip  5 years later, Dupree was missing. I tried to contact him but he was in a rehab-care center of some kind and they would not let me speak to him, they would not even admit he was in the facility (I guess fearing I was a drug buddy or something of the sort). Dupree Bolton died in 1993 at age 64 about 3 years after I tried to telephone him that last time. I was told (not sure if it was true) later by Sonny that Dupree had died of AIDS. He might have got HIV from a shared needle while shooting up.

Doing some searches today I accidentally found one line about my old companions life on Wikipedia. I also found a album, photos and even some video that was recorded when he was younger and much healthier. I remember photographing the album cover shown below. I walked with Sonny to his friends place, borrowed the album, lodged it in a wire fence and photographed it (saw those negs again a few months back). Remember doing that like it was yesterday, memories are strange things, 30+ years have past but it seems so close in my mind. I found that same album today on eBay (a CD version is also available). I bought an EX condition LP copy from Japan for $40 CAD (including shipping). Lots of money for a vinyl record, the most I have ever paid. I bought it for old time sake, I bought it to remember Dupree by. I can now work in the darkroom printing the "Dump and Dad" photos while listening to my old friend, remembering my time with him, Sonny and my other Oakland adventures, back when I was young.

I never did get a chance to say goodbye to Dupree before he died, maybe this blog is my way of paying tribute to the man I knew. A person with great talent who became yet another unfortunate casualty of heroin. Jazz is filled with many such stories of terrible waste and loss.

"Goodbye Dupree, I'm happy I had the chance to meet and know you. From Gerry in Canada."

I was thinking about what material I have of him. Possibly the following (if I can find it):

- 35mm image or images of him after he did drugs (some light damage to those negs).

- Possibly some cassette tape of him speaking not playing (not sure if I have this).

- A beta video tape of him stooped over and wasted. I tried to get him to play for me so I could record it on tape but he would not do it after he shot up on heroin, even thou he told me he would.  I became pissed and angry at him when he would not play. The whole video he just sleeps slumped over. That was my last chance to record his music, and it went unfulfilled, still pissed at that!

- Possibly some written diary notes about him from that time we were together.

- And of course a bunch of vivid mostly fond memories. Going with him to a drug center to get methadone, talking to him about his music in Chinatown,  going to buy clothes with him at a used store, him playing for me that one day, me making a naive stupid unintentional racial remark to him about him not needing sunscreen and his reaction (he sarcastically replied to me "Yeah I don't need sunscreen!"), his reaction (he looked at me with kindness and surprise) to my talking to him about my hopes to take him to the movie "Round Midnight" which was showing in the theatres when I was there (movie is about a white young man, respecting and trying to help an old Jazz sax playing African American recover his life). I think he realized at that moment I cared for him and wanted to help him, the look he gave me I will always remember fondly. So so many memories from 30+ years ago.

Update* I forgot to mention earlier I known for many years that Dupree had passed because I received a phone call at my parents home in Edmonton Canada from my friend Sonny Land when it happened.  The phone call came several years after my 2nd trip to West Oakland and the people who lived there. Sonny phoned to tell me because he knew that Dupree was important to both of us, maybe more so to us than anyone left at least in the Oakland-San Francisco area. It was a nice phone but a short one and the last time I talked to Sonny, I miss both him and Dupree.

Here are links and photos to that wonderful album about Mr. Dupree Bolton

Music from the album, Dupree is the one playing trumpet.
"You Don't Know What Love Is"
"Native Land"

More on Dupree Bolton and Curtis Amy. Including video of Dupree playing.
http://keepswinging.blogspot.ca/2010/08/curtus-amy-forgotten-west-coast.html 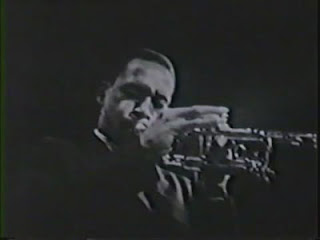 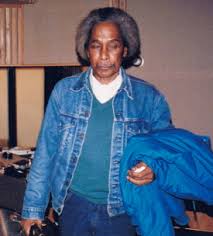 We have raised $850 CAD for the 2022 trip to Thailand. The money will spent helping "The Families of the Dump" who live and work the garbage dump in Mae Sot Thailand, some of the money will also be used to help" The people who live under the freeway" In Klong Toey Slum Bangkok.

"Families of the Dump" Donation Total 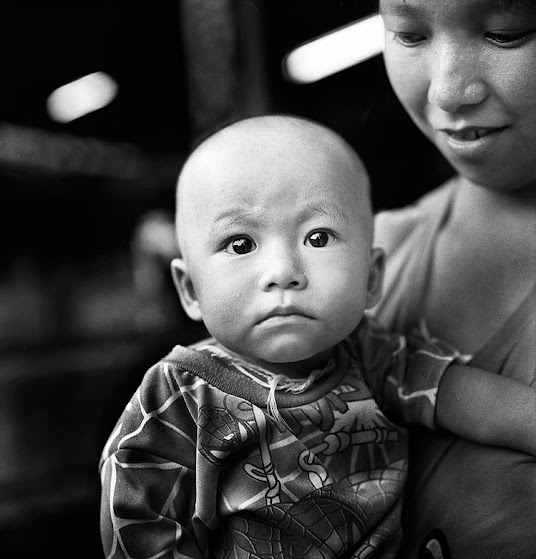 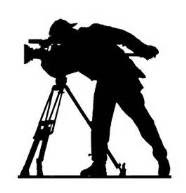 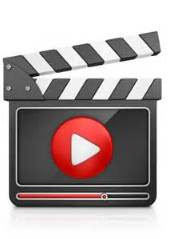 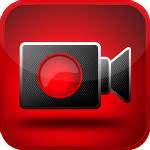 To create photographs that speak to the universality, the commonality and the shared humanity of all peoples, regardless of country, race, culture or language.

“The purpose of life is to contribute in some way to making things better.”

"As long as poverty, injustice and gross inequality persist in our world, none of us can truly rest."

"Be original and develop your own style, but don't forget above anything and everything else...be human...think...feel. When you find yourself beginning to feel a bond between yourself and the people you photograph, when you laugh and cry with their laughter and tears, you will know your on the right track....Good luck."

The Three Joys Of Photography

I have been thinking of why I love photography, it comes down to something I have labeled "The Three Joys"

1) Creativity
The first joy is simply creating the work. Everything about the making of photographs I love. The initial ideas, the writing on the blog, the preparation of equipment, the research into my subjects, figuring out what I want to communicate. The camera tech stuff like composition, lens selection, cameras, figuring exposure, taking the shot etc. The post darkroom work where you swim with your prints bringing them slowly to life, creating something powerful and beautiful. I love it all.

It is so powerful a thing, you have a idea in your mind, there is nothing else, then YOU make it, you create it, it's fricking awesome stuff.

2) The People
The second joy is that photography has allowed me a way into so many peoples lives, so many different worlds. I get to meet people of all types, speak to them, eat with them, cry and laugh with them. For a while I get to live their existence to be them if you will.

I get to be a child in a slum in Bangkok or a drug addict in a ghetto in Oakland. I get to be a ladyboy sex worker in Pattaya or a man dying of cancer in Canada. Of course I am not really those people but I get a true flavor for those worlds, those experiences, the good and the bad, the ugly and the beautiful, the joy and the sadness.

With photography I get a chance to live outside of the same same everyday meat and potato lives many of my friends and family live. Because I use a camera and make pictures all the doors to a wonderful life experience are open to me, photography is a window into everything!

3) The Photograph
The third joy is about the feeling you get when you accomplish your goals, when you see your final print in the developer, fix or hanging in a gallery. There is a special emotion there, a true satisfied happiness, something so uniquely rewarding. In the darkroom sometimes when I see the finished photo for the first time as it lays in the fixer tray I will let out hoops of joy. I will scream and shout. It is quite a spectacle! It's just the sheer high of that moment bursting out, the YES moment. When the photo is right and you see it for the first time it's the best feeling in the world, better than anything I have ever felt, the high of highs!!